A scathing audit by state Controller Betty T. Yee has found “serious and pervasive deficiencies” in the city of West Covina’s administrative and internal accounting controls.

However, the statute of limitations for public contracting violations is limited to one year — making it nearly impossible to prosecute violations.

“It makes no sense that the statute of limitations for violating state and local contracting laws is one year from when the money is spent,” Controller Yee said in a statement to CalWatchdog.com. “I urge the legislature to consider a statutory change if we expect to ferret out fraud and prevent willful abuses of state law and taxpayer dollars.”

The audit of West Covina covered just two fiscal years, from 2011-13, during which time the city routinely misstated its revenues and expenditures. The controller’s audit division reviewed the internal accounting components based on the guidelines established by the General Accounting Office’s Internal Control Management and Evaluation tool. Ninety-two percent, or 72 of 79 components were deemed inadequate. 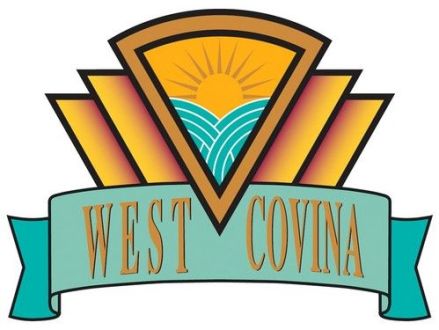 In addition to misstating the city’s financials, the council and top management charged the city for lavish meals, hotel bills and other expenses with no government purpose. From July 1, 2011, to June 30, 2013, city officials charged more than $32,000 in “questionable” expenses to city credit cards. According to the state controller’s audit, former city councilmembers and city managers charged thousands of dollars for hotel stays in Santa Barbara and weekend getaways in Indian Wells.

Among the State Controller’s other findings:

In another instance of questionable city spending, the state controller’s audit revealed, “On November 17, 2011, the former City Manager charged to the City issued card $5,300 for a business-magazine advertisement for a private company for which the contact person was the former Community Development Director.” Andrew Pasmant, according to city records, was the city manager at the date in question.

The West Covina city council should have anticipated Pasmant’s penchant for problems. When the city hired him in 2001, it knew about Pasmant’s past problems in the City of South Gate, which needed “a court order to get him out of his office,” according to the Los Angeles Times.

The former city manager can share the blame with the former members of the city council.

In 2012, the council approved a sweetheart deal for Athens Services to collect the city’s trash and recycling. Athens Services received a contract extension until November 2037 in exchange for a one-time payment of $2 million and annual contributions of $50,000 to the City’s SWAT program, $20,000 to the Summer Concert series, and $30,000 to the Fourth of July celebration.
That agreement with Athens Service  was approved by then-Mayor Mike Touhey and then-Councilmen Steve Herfert and Rob Sotelo. Councilman Fredrick Sykes, who cast the lone dissenting vote, criticized the contract.

“The evergreen clause has been in the driver’s seat in this city forever,” Sykes said of the Athens contract,according to the San Gabriel Valley Tribune. “The City Council doesn’t control the how and the when and the cost. We have no say.”

To its credit, the City of West Covina has embraced much of the audit’s findings and cooperated with the state controller’s office. The current city council was largely elected on a reform slate and took over control after the problems found in the audit.

“The City of West Covina acknowledges that the open bidding requirements established by the municipal code were not always complied with,” the city stated in response to the audit. The city also says that it has adopted “a new and more comprehensive purchasing policy since the time periods evaluated.”

A complete copy of the audit is available at the State Controller’s website.