A record CalPERS pension cut caused by the failure of an employer to pay pension debt was reduced last month, increasing the October checks of 74 retirees of a disbanded job-training agency, LA Works, by amounts ranging from under $25 to more than $400.

A CalPERS cut last year in the pensions of 182 former employees (most not yet retired) of LA Works, formally known as the East San Gabriel Valley Human Services Consortium, was reduced from 63.15 percent to 58.12 percent.

LA Works retirees were notified in mid-September that the reduction in the cut, made “due to a decrease in the terminated agency’s liabilities,” would increase their pension checks this month, said Amy Morgan, a CalPERS spokeswoman.

CalPERS tried to get the four cities that created the LA Works joint powers authority — Azusa, Covina, Glendora, and West Covina — to pay a termination fee or “unfunded liability” of $19.5 milllion needed to give employees their promised pensions.

The four cities declined to pay the debt, saying they had no legal obligation. To close the gap between assets in the LA Works pension fund and the projected future cost of the lifetime pensions, CalPERS cut the pensions by 63.15 percent.

CalPERS made a major mistake in its contract with LA Works. The sponsoring cities were not made liable for pension debt. And LA Works had no fee or tax revenue of its own, relying only on short-term service contracts to pay long-term pensions.

The three were accused of overbilling the county more than $1 million by placing 180 LA Works clients, none of them unemployed, into nursing residency programs at two hospitals where they were already working.

“By allegedly falsifying documents, the agency was able to meet performance measures required in a government contract,” said the District Attorney’s news release. “Velasquez, the firm’s former CEO, also is accused of developing an incentive program that provided annual bonuses to himself and others, including his co-defendants, which was tied to meeting county performance measures.

“He also allegedly convinced LA Works board members to retain him as a consultant after he retired in 2003 and he continued to receive benefits including performance incentives and health insurance.”

Velasquez, now 80, received an annual CalPERS pension of $120,777 in 2015, according to Transparent California, a watchdog that lists the pensions and salaries of government employees.

“Mr. Velasquez was reinstated from retirement and has not elected to re-retire, therefore he is no longer receiving a pension,” Morgan, the CalPERS spokeswoman, said last week. “If he were to re-retire, we would recalculate his allowance on his other CalPERS service that was not deemed unlawful.”

Another defendant, Hernandez, received a $1,653 pension check this month, up from $1,454, Morgan said. The other defendant, Brus, did not retire and chose to have his CalPERS contributions refunded. 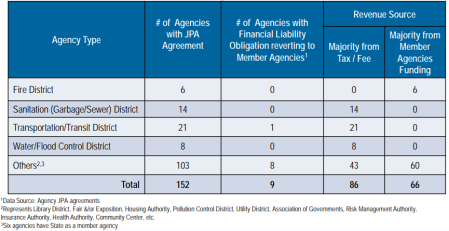 Joint Power Authority report given to CalPERS board last month

After the mistake in the LA Works contract surfaced, CalPERS found that only nine of its 152 joint power authority contracts require the local government members to pay the pension debt if the JPA is dissolved.

Legislation sought by CalPERS to fix the mistake in its other 143 contracts with JPAs (AB 1912 signed by Gov. Brown last month) may test the legal ability to retroactively impose pension debt on local governments.

CalPERS made its first pension cut due to non-payment by an employer two years ago. A tiny Sierra town, Loyalton, terminated its contract and did not pay a $1.7 million debt. The pensions of five former employees were cut 60 percent.

Last year CalPERS cut 68.6 percent of the pensions of two Trinity County Waterworks retirees, and three others not yet retired, after the terminated district did not pay a $1.5 million debt. Like Loyalton, the district began payments to the retirees to replace the cut.

The faulty CalPERS contracts with JPAs is a much larger problem. The CalPERS board heard wrenching emotional testimony from LA Works retirees, who relied on CalPERS to keep its pension promise and have no employer to replace pension cuts.

CalPERS asked public employee unions and local governments to negotiate legislation that would prevent a repeat of its LA Works failure. The unions and the local government groups said they shared the common goal of finding a way to protect pensions.

An early version of the bill was strongly opposed by a coalition of six local government groups. Their letter to the Legislature in April warned that JPAs, which provide vital services that one local government may not be able to do on its own, “will no longer be a viable tool.”

The letter also said the bill could sharply increase the debt of local governments, making it more costly to issue bonds, and could violate the state constitution by imposing large debt without a vote of the people and by making a “gift of public funds” to another government agency.

“Obviously, this bill was completely unworkable in the beginning,” Dorothy Johnson, lobbyist for the California State Association of Counties, said last week.

Dane Hutchings, a lobbyist for the League of California Cities, credited Sen. Anthony Portantino, D-La Canada Flintridge, for withholding his support of the bill until concerns by cities in his district were addressed. He chairs Senate appropriations and serves on the pension committees.

“That was really the impetus that got us to the table, that got this bill out,” Hutchings said.

CalPERS turned up the heat amid unconfirmed reports that at least one troubled JPA may be on the brink of dissolving.

“I really encourage you to work with the authors, work with the staff,” board member David Miller told labor representatives a CalPERS meeting in May. “Because if you don’t, I for one would be inclined to support the legislative effort to impose a solution that may not be optimal for you.”

Terry Brennand, lobbyist for the Service Employees Union International, the sponsor of AB1912, outlined the product of the negotiations at a CalPERS board meeting in June.

“You have a three-step process by which you assure there is going to be somebody to go after for those responsibilities,” Brennand.

Under the final legislation, the allocation of pension debt can be delayed until a JPA begins to dissolve or terminate its pension contract. In the first step, JPA members try to divide the debt among themselves.

Before cutting pensions, the legislation requires pension boards to “exhaust all options” prior to filing a lawsuit to force the members of a terminated JPA to pay the pension debt. The bill only applies to JPAs that dissolve after Jan. 1.

The coalition of six local government groups dropped its opposition to AB 1912, but did not support it. More than two dozen local governments remained opposed to the bill, according to a Senate floor analysis.

The three former LA Works managers facing embezzlement and other charges appeared in Los Angeles County Superior Court last week and are scheduled to appear in court again on Dec. 10, said Greg Risling, a spokesman for the District Attorney’s office.