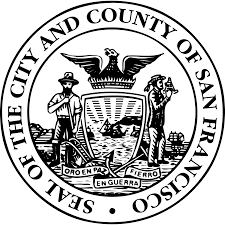 San Francisco Mayor London N. Breed and Acting Human Resources Director Carol Isen today announced an independent and comprehensive review of the City’s workplace policies and practices with a focus on claims of bias, harassment, discrimination, and retaliation. The investigation will be conducted by William B. Gould IV, Charles A. Beardsley Professor of Law, Emeritus, at the Stanford Law School. This investigation will be in addition to other efforts by the City to review and address concerns raised by employees about hiring, discipline, and retention practices with the goal of restoring employee confidence and trust in the Equal Employment Opportunity (EEO) complaint process.

This announcement follows Mayor Breed’s Executive Directive 18-02, issued in September 2018, which established consistent standards for employee recruitment, retention, and tracking of disciplinary actions with the goal of increasing diversity in the City’s workforce and ensuring the workplace is place free from harassment, bias, and discrimination. Additionally, in response to concerns raised by San Francisco Municipal Transportation Agency (SFMTA) employees, in October 2018, Mayor Breed appointed an independent ombudsperson to review and make recommendations on reforms needed to ensure transparency, accountability, and the appropriate resolution of employee EEO claims at the SFMTA.

“We appreciate Professor Gould bringing in his expertise and experience to ensure that we are doing everything we can so that the structures we have in place are not creating a discriminatory environment in any way,” said Mayor Breed. “Our workplaces need to be safe and welcoming spaces for all our workers, and that starts with making sure we have the right policies and procedures in place.”

Carol Isen began serving as Acting Human Resources Director in October and has been committed to cultivating a culture of respect, accountability, and belonging, as well as other structural changes that will create better transparency for EEO claims to better serve City employees.

“Professor Gould, with his long career as a leading intellectual and practitioner in the field of labor and employment law and civil rights,” said Acting Human Resources Director Carol Isen. “As a third party neutral arbitrator and factfinder, is eminently qualified to lead us through a comprehensive, neutral and fair review of our EEO complaint and investigatory processes to ensure they work for all employees.”

“I am honored to receive and accept this charge,” said Professor William Gould. “The people of San Francisco expect a government that functions judiciously and efficiently. I am committed to a thorough and independent examination, which will be fair, equitable and constructive. I look forward to working with all the concerned parties in this endeavor.”

In addition to Professor Gould’s investigation, City Controller Ben Rosenfield will also conduct a review of the EEO Division’s internal controls and workflow, in order to assess any weaknesses in EEO’s business processes that exposed the City to the misrepresentations made by one of its managers.

“We look forward to performing a comprehensive review of the existing EEO process and providing practical recommendations that will assist the Department of Human Resources in restructuring their EEO systems to better serve the employees of the City and County of San Francisco,” said Ben Rosenfield, City Controller.

City data shows persistent inequities in the City workforce with respect to wages, and promotional opportunities. Most notably, in comparison to other races, Black employees overall hold lower-paying positions, are disciplined more frequently, and file more claims of harassment or discrimination than their colleagues of other ethnicities file. The review will include interviews, listening sessions, research of existing City policies, examination of relevant documents, and identifying best practices from comparable jurisdictions.

“Black and Latinx employees of the City and County of San Francisco experience disproportionately adverse treatment,” said Sheryl Davis, Executive Director of the Human Rights Commission. “This examination of the City’s EEO process comes at a pivotal time in City government when these employees are demanding equitable treatment.”

Professor Gould will focus on:

The City and County of San Francisco employs over 38,000 people and is home to over 60 departments that provide vital public services to City residents. Every City department, manager, and employee plays a part in shifting the culture in our City workplaces and is responsible for ensuring our workspaces are free from bias, harassment, and discrimination.

Professor Gould will have access to any appropriate City departments, records, and information deemed necessary to conduct this review. He will work collaboratively with elected officials, the Human Resources Department, Human Rights Commission, Office of Racial Equity, City agencies, labor stakeholders, employees, and other community stakeholders to receive input and make recommendations to the Department of Human Resources within 120 days. His work is expected to begin November 30th.

About William B. Gould IV

William B. Gould IV is Charles A. Beardsley Professor of Law, Emeritus, at Stanford Law School. A prolific scholar of labor and discrimination law, Gould has been an influential voice in worker–management relations for more than fifty years and served as Consultant to the U.S. Equal Employment Opportunity Commission (1966-1967) where he conciliated alleged unlawful employment practices, developed proposals for the conciliation process, and provided recommendations for the resolution of discrimination claims involving seniority which became the basis for early federal court interpretations of Title 7 of the Civil Rights Act of 1964. He served as Chairman of the National Labor Relations Board (NLRB, 1994–98) and subsequently Chairman of the California Agricultural Labor Relations Board (2014-2017). Professor Gould has been a member of the National Academy of Arbitrators since 1970.

As NLRB Chairman, he played a critical role in bringing the 1994–95 baseball strike to its conclusion and has arbitrated and mediated more than two hundred labor disputes, including the 1992 and 1993 salary disputes between the Major League Baseball Players Association and the Major League Baseball Player Relations Committee. He served as Secretary, Labor and Employment Law Section, American Bar Association (1980-81) as well as Independent Monitor for FirstGroup America, addressing freedom-of-association complaints (2008–10). Gould also served as Special Advisor to the U.S. Department of Housing and Urban Development on project labor agreements (2011–12). A critically acclaimed author of ten books and more than sixty law review articles, Professor Gould is the recipient of five honorary doctorates for his significant contributions to the fields of labor law and labor relations.