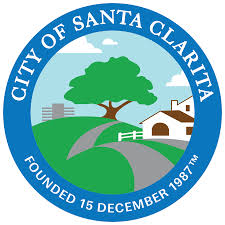 On Monday, April 18, members of the Santa Clarita City Council were joined by dozens of concerned community members for a press conference announcing the official filing of a California Environmental Quality Act (CEQA) lawsuit calling for the County to follow state law and ensure that a proper CEQA review of the Camp Scott plan is completed. The City stands firm this must be done before the County makes its final designation of facilities for its transition project and before any alternative facilities are dismissed.

On March 15, 2022, the Los Angeles County Board of Supervisors voted 4-1 to approve Camp Scott (which is located in the City of Santa Clarita, on County-owned property) as the permanent location for juvenile serious offenders. Fifth District Supervisor Kathryn Barger was the one opposing vote.

“Today was the beginning of very serious work to keep, not only our residents safe, but also the very people that will be serving time in this extremely inadequate prison,” said Mayor Laurene Weste. “The Santa Clarita City Council is committed to stopping juvenile serious offenders from being placed at Camp Scott, and so is our Supervisor Kathryn Barger who voted against this atrociously, poor-thought out option for these violent criminals. I appreciate our community rallying together and standing strong against this plan. The City remains unwavering and will remain vigilant on this issue.”

Per the County’s own assessment, Camp Scott was the least feasible to house the juvenile serious offender population due to being in a high fire zone and just downstream from the nearly century old Bouquet Dam. The County’s Juvenile Justice Block Grant Subcommittee, which includes the County’s Probation Department, evaluated the possible locations on several different factors and gave Camp Scott the lowest possible score for Resiliency for Potential Fire/Flood Hazards. Camp Scott was the only facility, out of all considered, that was marked in the red category, which per their own evaluation criteria means there is a “fatal flaw” in considering use. They ranked Camp Scott the lowest possible in the only category which considers factors that could result in loss of life. Additional reports from the County’s very own Probation Department and Sheriff’s Department determined Camp Scott as an unsuitable facility, yet despite these numerous reports, four members of the Board of Supervisors blatantly ignored subject matter experts and approved the use of Camp Scott to incarcerate serious juvenile offenders.

In addition to the flawed selection process, the L.A. County Probation Department has been facing many challenges in recent weeks. An article in the Los Angeles Times dated March 16, 2022, titled ‘We’re Screwed:’ L.A. County empties troubled juvenile hall ahead of state board’s inspection, reports that the Probation Department made a quick transfer of 140 children from Central Juvenile Hall to Barry J. Nidorf Hall in Sylmar. The story reads, “…county probation staffers had less than a day to come up with a plan to move the children from Central Hall. One probation official said the rush to shutter Central Juvenile Hall came after its staff began to review footage from the facility’s security cameras in advance of the inspection. The review revealed that, among other shortcomings, safety checks were not being performed when children were alone in their rooms, the official said.”

Another article released the same day as the press conference, covers a riot at Barry J. Nidorf that happened on the evening of Monday, April 11, 2022. As reported by WitnessLA.com in the article titled, Violence & Vanishing Supervisors at Barry J. Nidorf Juvenile Hall, the inmates had gotten on the roof of the building and managed to take over the facility. A probation officer was reportedly injured in the chaos when she fell through the roof.

“It is clear from these stories that it is not a simple matter to facilitate urgent evacuations or to obtain the necessary enforcement assistance at these facilities,” said Mayor Weste. “This article goes on to highlight that the Probation Department is “suffering from critical staff shortages.” How could they possibly evacuate all the inmates from Camp Scott if a wildfire or flood emergency were to occur?”

The City of Santa Clarita will continue to keep the community informed of this crucial issue. For more information please visit santa-clarita.com/city-hall/camp-joseph-scott.