Originally posted at Next City.
By Rachel Dovey.

Cleveland’s paved-over streetcar route may be exhumed and resurrected as a massive bike highway — a move that would both redevelop the city’s core and recycle existing road space. As in many cities, the route that once formed Cleveland’s backbone was covered up when auto-centric development moved in. Now, Cleveland.com reports, wide streets with low car counts take the place of the old streetcar corridor. But adding a protected bike lane to the streets’ center, where the streetcar ran, could connect downtown with Cleveland’s outer neighborhoods, up citywide cycling and boost businesses struggling along inner corridors.

Quoting The Office’s Michael Scott, that sounds like a win-win-win. To celebrate this excellent idea, here is a roundup of brilliant bike routes, bridges and tunnels built on old footprints. While European cities tend to dominate bike infrastructure lists, Copenhagen and its ilk have so prioritized biking that they often build new projects from scratch. Reusing old infrastructure — specifically rail — seems to be primarily a U.S. trend, where road development took precedence over trains and streetcars decades ago. 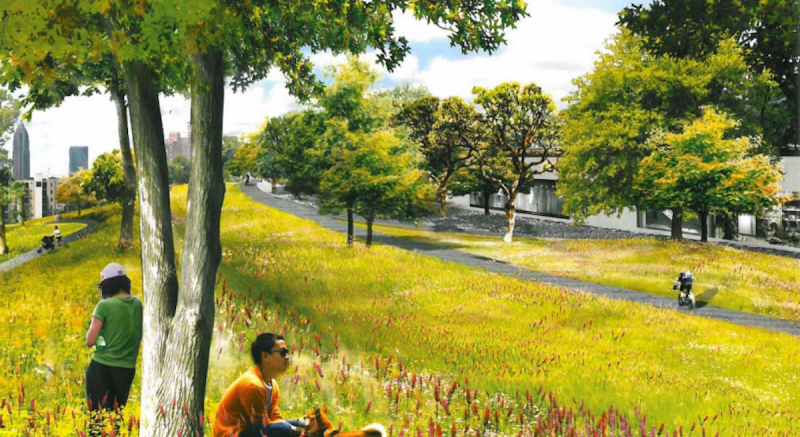 Many rails-to-trails projects run through the countryside but Atlanta’s Beltline will circle the city. Still in the works (a 2030 strategic plan was approved last year) this network of trails, parks, bioswales and even an urban farm — synced up with busses and the MARTA train — will be a 22-mile loop that follows an old rail corridor. Because access to sidewalks, transportation and parks has historically favored the wealthier, whiter northern half of Atlanta, the Beltline’s circular shape is especially important. 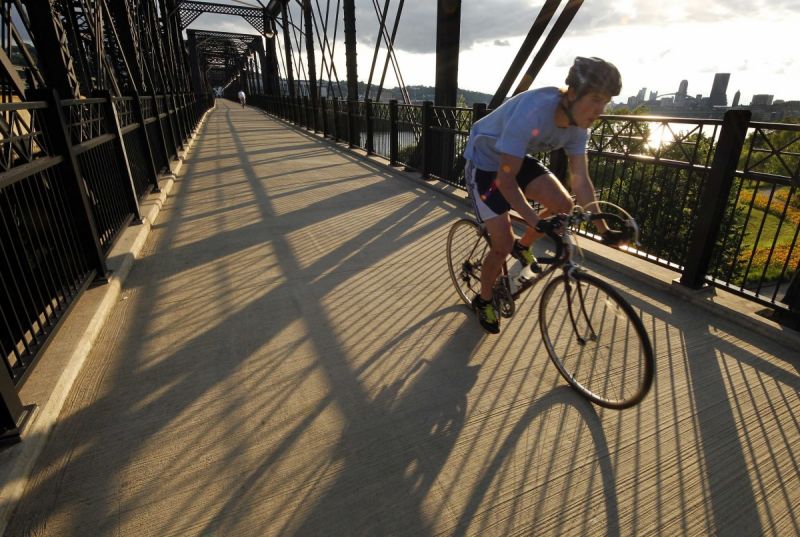 This historic truss bridge, which spans the Monongahela River, once supported railcars carrying hot metal from blast furnaces to steel processing mills. In 2007, it was opened to bike and pedestrian traffic, connecting two sections of the city’s historic Three Rivers Heritage Trail and helping to sync up trails across the state.

Commuter Tunnel, San Sebastian, Spain
At roughly a half-mile long, San Sebastian’s commuter bike tunnel is the longest in the world. Opened in 2009, it cuts under the city to connect two neighborhoods and is housed in a former railway tunnel on the historic Bilbao-San Sebastian route. Inside the classic underground arch is a well-lit, white-walled tunnel with smooth lanes and security cameras. It may not be the world’s most scenic ride, but it’s efficient — and because the city didn’t have to build it from scratch, it cost a relatively small $3.7 million. 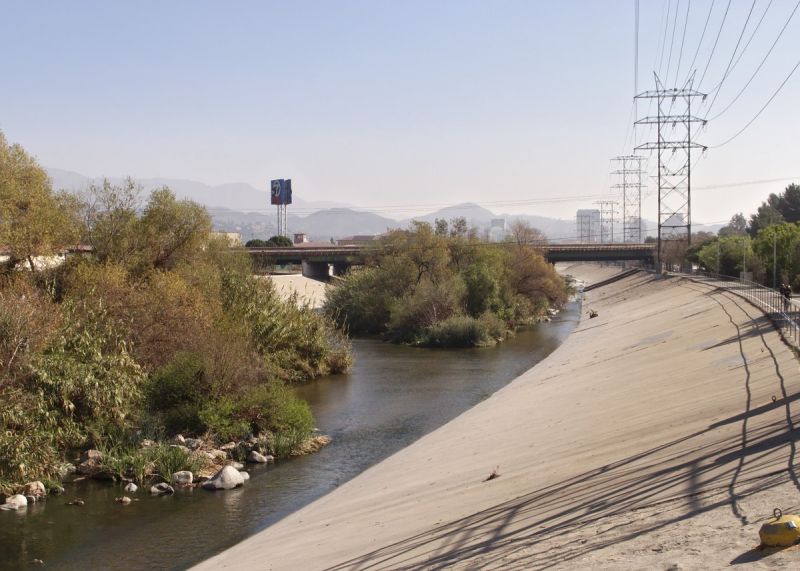 For years the L.A. River was merely a freeway-like channel moving stormwater to the ocean, and its concrete banks were no more than a structural efficiency. But efforts to reconnect Los Angeles with its historic water source will turn those banks into a 50-plus-mile bike path and greenway. A few sections are already functional bikeways, and plans for the entire river are in the works. 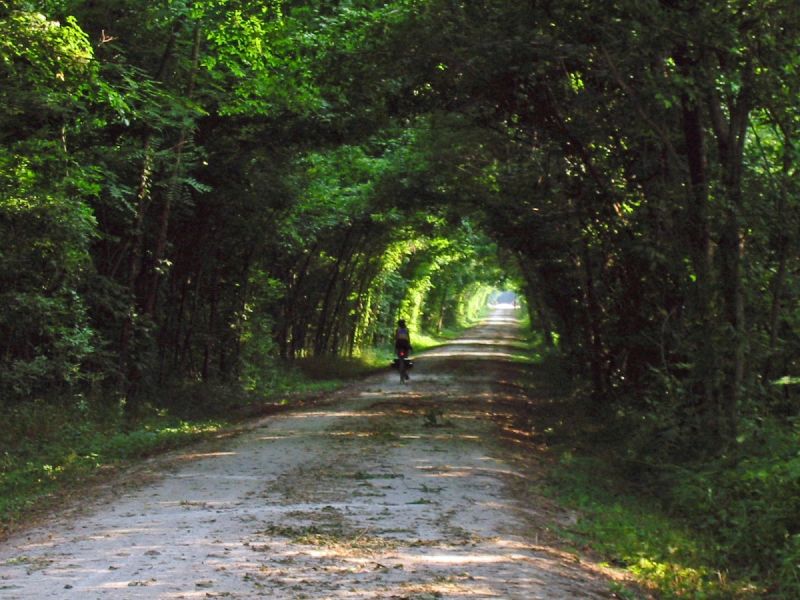 The Katy is the longest rails-to-trails project in the U.S., running roughly 240 miles from Machens near St. Louis to Clinton. It follows the Missouri-Kansas-Texas railroad corridor and becomes part of the Lewis and Clark National Historic Trail between St. Charles and Boonville. Hikers and bikers follow the river over old railroad bridges and through historic stone tunnels, seeing the sights shared by train travelers a century ago.

Since the 1970s, planners have put dozens of San Francisco roads on “diets,” restriping car lanes for bikes. Several years ago Streetsblog SF declared it the country’s most zealous slimdown; the city has since added miles of buffered green lanes for even more bike-friendly transit. Though S.F.’s Transit First policy still leaves much to be desired, projects like this are part of an ongoing effort to say no to California’s infamous culture of car-centrism, and cities in the North, East and South Bay (particularlySan Jose) are following S.F.‘s example.