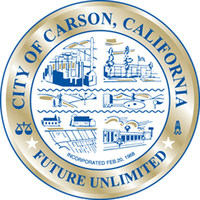 A recent community survey conducted by the City of Carson concluded over 65% of the community supports maintaining  City services by continuing the City’s Utility User’s Tax (UUT). The City of Carson will consider a measure to place on the November 2022 General Municipal Election ballot to continue the existing UUT. The measure, if sent to the voters and approved, would continue the existing UUT of 2% (no tax increase) until such time it is ended by the voters.

“A community survey has been conducted, and the results were presented to the City Council on Monday, May 23, 2022. The results show 68% of respondents are inclined to support continuing the Utility User’s Tax,” said Mayor Lula Davis-Holmes. “The UUT has funded City services for our community and continuing it will help us to sustain these services for the residents and businesses of Carson.

Mayor Davis-Holmes and Mayor Pro Tem Jawane Hilton have been serving on the Utility Users Tax Ad Hoc Committee to review options for funding community needs. As part of that effort, the City engaged a public opinion research firm to evaluate community concerns and sentiments on funding sources to address those concerns.

Carson’s utility service providers (e.g., Southern California Edison and Southern California Gas) collect the 2% UUT from Carson residents and businesses, then remit funds to the City of Carson. Businesses currently pay a majority of this tax; senior citizens and low-income households are exempt from the UUT. UUT revenue becomes part of the City’s General Fund, which the City can use for a variety of general services, such as sheriff and park safety patrols, senior and youth services, and parks and street maintenance programs.

Visit the City’s website to learn more about the Utility User’s Tax and exemptions. For any questions regarding the City’s UUT, please call the Public Information Office at (310) 952-1740 or email PIO@CarsonCA.gov.