The California Air Resources Board today laid out the policies and actions California proposes to take to drastically reduce its dependence on fossil fuels and get to carbon neutrality by 2045 or earlier, following Governor Newsom’s call for more aggressive climate measures. The update to the scoping plan is unprecedented in scale and scope, representing the most aggressive approach to reach carbon neutrality by any jurisdiction in the world.

The achievable roadmap for the world’s fourth-largest economy proposes an unprecedented shift away from petroleum in every sector of the economy and a rapid transition to renewable energy resources and zero-emission vehicles. Under this proposal, by 2045 California would: 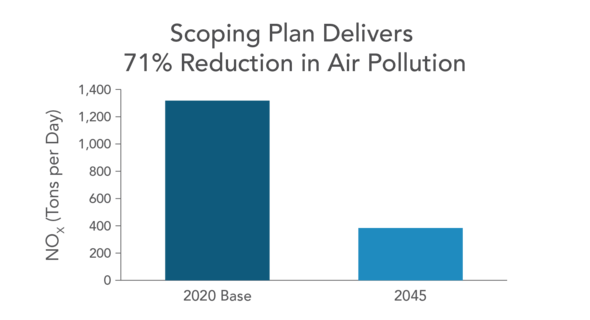 “California is drastically cutting our dependence on fossil fuels and cleaning our air – this plan is a comprehensive roadmap to achieve a pollution-free future,” said Governor Gavin Newsom. “It’s the most ambitious set of climate goals of any jurisdiction in the world, and if adopted, it’ll spur an economic transformation akin to the industrial revolution. While big polluters focus on increasing their profits at our expense, California is protecting communities, creating jobs and accelerating our transition to clean energy.” 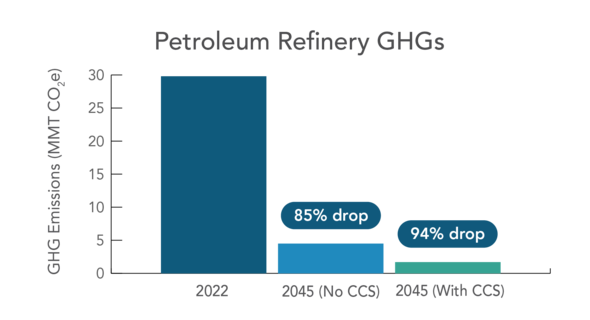 The plan’s aggressive transition away from fossil fuel combustion would benefit residents of the state’s most impacted communities who are disproportionately burdened by fossil fuel pollution. Additionally, in response to concerns raised by leaders from overburdened communities, including members of the Environmental Justice Advisory Committee, the 2022 Scoping Plan includes a commitment to build no new gas plants and increases support for mass transit. It also calls for a multi-agency process to ensure that the transition away from oil extraction and refining is equitable.

This plan delivers a massive reduction of climate-warming pollution, cutting it down to a fraction of what it is today. And by rapidly shifting away from all fossil fuels and then reaching carbon neutrality, the plan delivers public health benefits to everyone in California, most importantly to the communities suffering from persistent air pollution,” said CARB Chair Liane Randolph. “This plan clearly and unequivocally presents challenging and ambitious goals, but we simply have no other choice but to meet them – and do it in less than a quarter century. We all have experienced firsthand the impacts of climate change, whether wildfires, drought, record-breaking heat waves and more. Failure is not an option. There is too much at stake and we need to move as fast and as far as we can to lessen the worst impacts of climate change and leave future generations a livable and healthy California.” 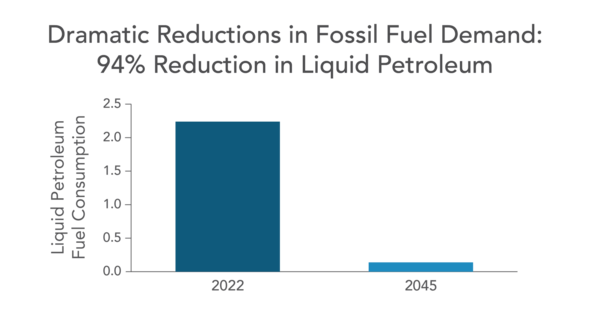 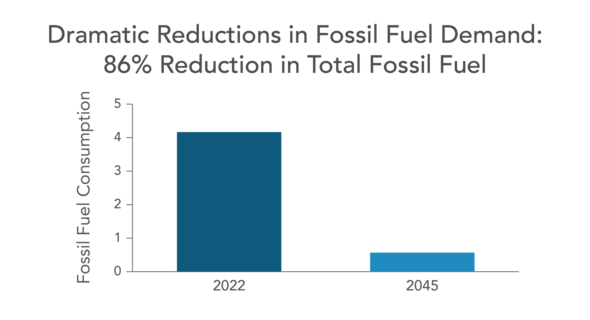 Coupled with unprecedented state and federal investments, the actions in the plan would allow us to effectively and equitably build a better future for Californians through climate action.

Implementation of the plan would keep California on track to continue growing the economy and jobs, including green jobs tied to industries such as electric vehicle and zero-emission truck manufacturing that position California as a major competitor in the global clean-energy marketplace. Economic modeling indicates that, under the plan, California’s economy will reach $5.1 trillion by 2045 (from $3.2 today), with a related increase in 2045 of at least 4 million new jobs. 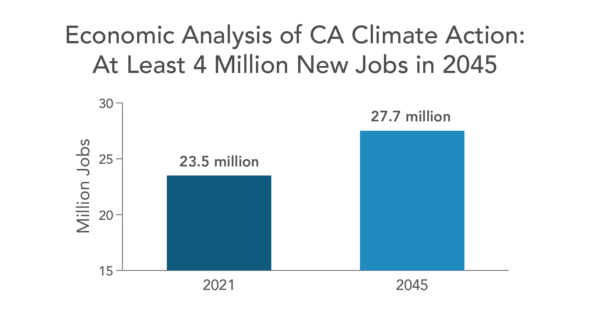 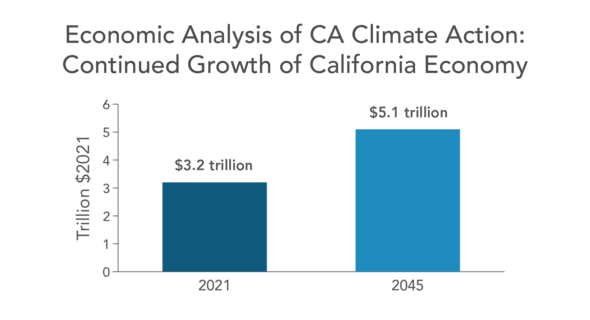 The CARB Board will vote on the 2022 Update to the Scoping Plan at its December 15-16 meeting. The initial draft of the plan was considered by the Board at its June meeting and with the Environmental Justice Advisory Committee in September. The final proposed plan includes changes requested by the Board and the EJAC, and guidance from Governor Newsom. It also reflects direction from new state laws passed by the Legislature this year.

As a result, the final modeling for the Scoping Plan shows increased ambition, projecting a 48% reduction of greenhouse gases below 1990 levels in 2030, surpassing our statutory mandate to reduced emissions 40% below 1990 levels in 2030. The updated modeling also includes 3 million climate-friendly homes by 2030 (and 7 million by 2035), 6 million heat pumps deployed by 2030, no new fossil gas capacity in the electricity sector, and 20 gigawatts of offshore wind capacity by 2045.

Additionally, the plan provides the Climate Vulnerability Metric, a new tool to identify communities especially vulnerable to harm from a changing climate and worsening air quality, ensuring that those communities’ public health and environmental concerns are front-and-center as the state moves ahead.

Finalizing this plan is by any measure a major milestone, but if adopted, it will only be the first step. Hitting the targets – from the required build out of renewable resources to putting tens of millions of zero-emission cars and trucks on our roads and highways – will require implementation on a very ambitious timeline. This will require collaboration across state agencies and local governments, along with the full participation of all stakeholders.